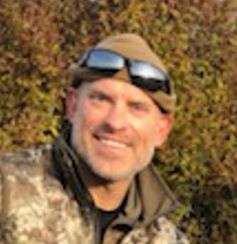 Born and raised in Alaska with the experience of hunting and fishing at his door step before attending college at the University of Idaho as a hockey and track athlete. After college, Trace received a commission as an Army officer that eventual lead to 24 years of military service. As an All-American athlete who excelled in hockey, cross country, track and decathons. He continued to race professionally in adventure racing throughout his military career and competed in the Army’s Best Ranger competition several times. Now as a senior military officer and Army Ranger, Trace refined his leadership and management traits. Physical and mental fitness has been the cornerstone of his success. Education is very diverse having a bachelorette in Communication and Recreation with a minor in Outdoor Recreation Leadership. Also holds a masters in Engineering Management. During his 24 years of service Trace had visited over 45 countries with his passion for travel and adventure.

Trace’s Alaska big game guiding career began in 2009 and fortunate enough to have guided 100% success rate during his first season with Moose, Bear, Goat, Sheep, Wolf and Wolverine. Today, Trace has one of the largest hunting concessions (hunting operations) in Alaska. On one memorable brown bear hunt in 2019, a client was fortunate to harvest a new #8 Pope and Young bear during his first Alaskan adventure on his first hunt day. This incredibly large brown bear was spotted approximately 2 miles away and harvested just under 7 yards with a bow.

With hundreds of jaw dropping adventures Trace was fortunate enough to come across Tommi and his revolutionary product that is exceeding and/or setting every standard in the electric bike world.

Knowing the capability and diversity of the electric bikes that Tommi has designed will take hunting and fishing to a whole new level in Alaska. Not to mention the tourism industry. So amazed, Trace was excited and knew he had to help Tommi and the team get this product out to the world for others to enjoy and begin their own adventures. 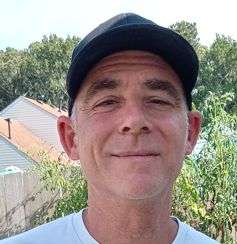 Shepperd Pender was born and raised in Virginia Beach and has been in the hospitality industry for 35+ years. He has owned the Baja Cantina, and Mai Bar at the Virginia Beach oceanfront since 2000 and is a partner in Seashore Electric Bike Rentals and UltraTRX Electric Bikes.

An avid sportsman, he has traveled the world from the South Pacific, Latin America, and the US in pursuit of professional level Surfing, Skating, Snowboarding, and Motocross video and still photography.

He spends 3-9 months a year in Costa Rica and owned and operated the Green Room Surf Shop from 2008-2013, watching Costa Rica grow from a magical secret spot to the largest tourist destination in Central America and still a magical part of the world. Spending as much time in Central America has allowed him to get to know the people living in these coastal tourist areas.

He looks forward to transforming the transportation system in Central America from gas-fueled to fat tire electric bikes for conservation and the ability to handle coastal roads. He is looking to open an Electric Bike Rental Company in Costa Rica.

Having researched other electric bike companies, he is convinced that UltraTRX Electric Bikes are the best in their class in terms of durability, quality of parts, bike design, accessories, and the ability to perform as promised. Shepperd is excited to be part of UltraTRX Electric Bike family. 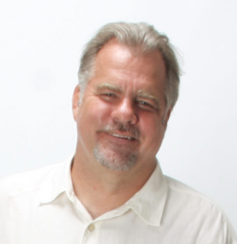 Tommi Coghill, chief engineer and physicist for UltraTRX™ Electric Bikes has been designing and manufacturing Fat Tire bicycles since 2008.

As an avid bike rider and outdoors enthusiast, Coghill’s fat tire bicycles have been designed to handle any terrain from soft sand to dirt trails, mountain trails and snow biking. Tommi insists on only using the top-of-the-line bike components, and in many cases has redesigned bicycle components because they weren’t up to his standards. He insists that all hardware used on UltraTRX Electric Bikes are marine grade.

The UltraTRX Tomahawk, ultra-light, 29er bicycle rims introduced by Tommi Coghill last year have literally reinvented the fat tire wheel system. The 29er wheel system used is comprised of a revolutionary patented design using either a 100 mm alloy rim or 90 mm carbon fiber rim with a re-designed cut out pattern that is not only lighter but is completely symmetrical and balanced … something no other fat tire rim offers.

The UltraTRX E-Grizzly Electric Bikes were introduced by Tommi Coghill in 2013 and feature a powerful front wheel fat tire electric bike, that can take a rider upstairs and over obstacles like no other electric bike can.

In 2017, he designed and set up mass production for the fastest, full-suspension E-Bike on the market: The E-Cheetah, which soldiers are now using in the Ukrainian war to sneak up on the Russians and destroy their tanks.

He also designed the first-ever Dual Motor Fat Tire E-Bike which started mass production in 2017. Through the years, our team has made many improvements to our E-Bike models using input from all our customers. We stand behind our claims about our Electric Bikes’ potential, both mathematically and in real-life field testing.

He looks forward to additional innovative enhancements, as Coghill continues to take his degree in physics to perfect the electric bike riding experience. 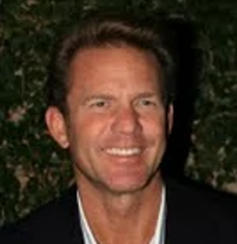 Christian holds a Masters Degree in Divinity; Masters Degree in Pastoral Counseling – Summa Cum Laude, Liberty University Theological Seminary; completed a Masters in Christian Leadership, a Ph.D. in Pastoral Counseling pending matriculation earning a Ph.D. in Ministry Counseling and Psychology, Northwestern University and Theological Seminary, scholastic dissertation (The Christian Solution to PTSD); Bachelor of Science in Business Administration, Northern Arizona University, and holds a Masters Certification in Global Missions and a Masters Certification in Social Media from Liberty University. “Dr C” has documented over a decade of successfully mentoring and counseling the most difficult cases of PTSD suicide ideation and some of the most painful human trials. Acts and the Hero Golf Tour is a counseling & mentoring ministry that is in cooperation with but reaches beyond current psychotherapies and psychiatric treatments.

Christian is a past Charter President of Rotary International and a dedicated philanthropist throughout his professional career. He has dedicated his life to funding and servicing this powerful and biblical solution to PTSD and literally every human trial. “Acts had been a calling for many years; but like so many of us that get caught up in the challenges of life only to miss the whole purpose of life. The secret for any person to feel complete is to serve others. The change from a focus on self to a trained and the practice of serving and mentoring others is a powerful awakening and healing for our heroes with post-traumatic stress and virtually any other human condition.

When we replace those painful memory triggers with hope and purpose we bring the healing for our Heroes who suffer from PTSD. We can teach any Christian PTSD client to become a mentor or lay counselor and bring great purpose for the trauma that would otherwise destroy these great Heroes. The qualification for mentoring anyone with PTSD is when the mentor is also experienced with their own PTSD. My own PTSD experience came 22 years ago from being falsely prosecuted, sent to prison, fought bloody battles defending my faith, and tortured for nearly 6 years with a target on my forehead because I stopped a gang murder hit on a fellow inmate who was a high profile ex-Olympic runner. (full story published on the HeroGolfTour/About page) The Acts methodology is a long-lost ancient New Testament teaching that psychology, religion, medicine, and science has largely missed. To become completely healed from past trauma, one must become complete. We must address both the physiological and spiritual components of humanity. When we deny that our DNA is embedded with a soul that needs to serve, then we become just another self-centered creature. We can become introverted and even narcissistic. In our own pain, we become useless towards caring about others and we simply cannot feel purpose without serving others. My PTSD clients actually heal me.”

One of the 3 critical elements for healing PTSD is to bring these heroes out of the introverted or isolated place of separation from a society that frankly does not understand what these heroes really need. They need a life-changing experience that is also a lifelong change. They do not need religion alone. They need to become connected with their comrades and civilians who understand them and will look out for them. That we have their “6” and we will be there on the golf course or on a fishing trip or a hunting trip. And now I am very excited about this mountain E-bike ministry. This is a perfect way to bring these heroes together on a specialty bike that will take them out
on really exciting rides that they could not do on any other bike produced today.

E-Bikes will save lives!

Dr C had competed in racing motocross, supercross, and desert racing for nearly 20 years. Consequently had broken many bones and experienced severe nerve damage which has kept him from even thinking about mountain bike riding. “I recently purchased the Cheetah model from UltraTRX and I am here to tell you that Tommi’s E-bikes are amazing. Because of UltraTRX we have launched the new Hero Mountaineers ministry that will provide these heroes with free dual motor UltraTRX E bikes that will provide even severely challenged Veterans and First Responders the ability to negotiate back woods riding and hunting together. This type of comradery will provide these heroes with great healing that could never be found in any typical group sessions or traditional therapies. 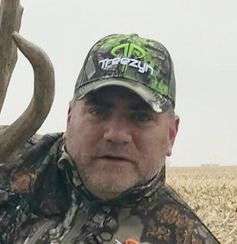 I have been in the hunting industry for almost 30 years and have seen a lot of products come and go. Three years ago, I purchased an UltraTRX electric bike and it has been a game changer for me not only on our Midwest leases but also hunting locally. The bike is powerful, quiet and reliable. It allows me to get to parts of our properties that no one wanted to hunt because the walk was too far and the fact that you were over heated and sweaty by the time you arrived. Now I can quietly be to a spot in minutes and leave no scent. What an advantage!!! I will never hunt without my UltraTRX again. 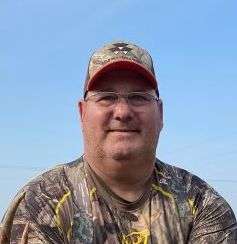 Raised on a farm in New Jersey, I have always enjoyed the outdoors. I have been a law enforcement officer for over 30 years. An avid hunter for over 40 years, I have tried many different vehicles to maneuver in rough terrain. Once I tried the UltraTRX electric bicycle I realized I had found the perfect vehicle for my purposes. On the farm, in my hunting spots, and for recreation, the UltraTRX e-bike is the best one I have used. The UltraTRX helps me get to the far reaches of our properties without ruining fields and without exhaustive effort. This e-bike has become my go to tool for hunting all over North America. 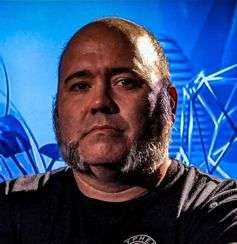 Cypher studios is the culmination of a vision that was born from a simple idea, the desire to create and be creative. Founder and CEO of Cypher studios, Shayn Mitchell, for me it’s not about a place for me to work or show off my talents, it’s a community of likeminded creative entrepreneurs who have come together to forge a new path. A new path in career or in life. It’s a breeding ground for creative ideas and inspiration for growth.

My story is just one of many you will find here at Cypher Studios because it is not just about me it is about WE.